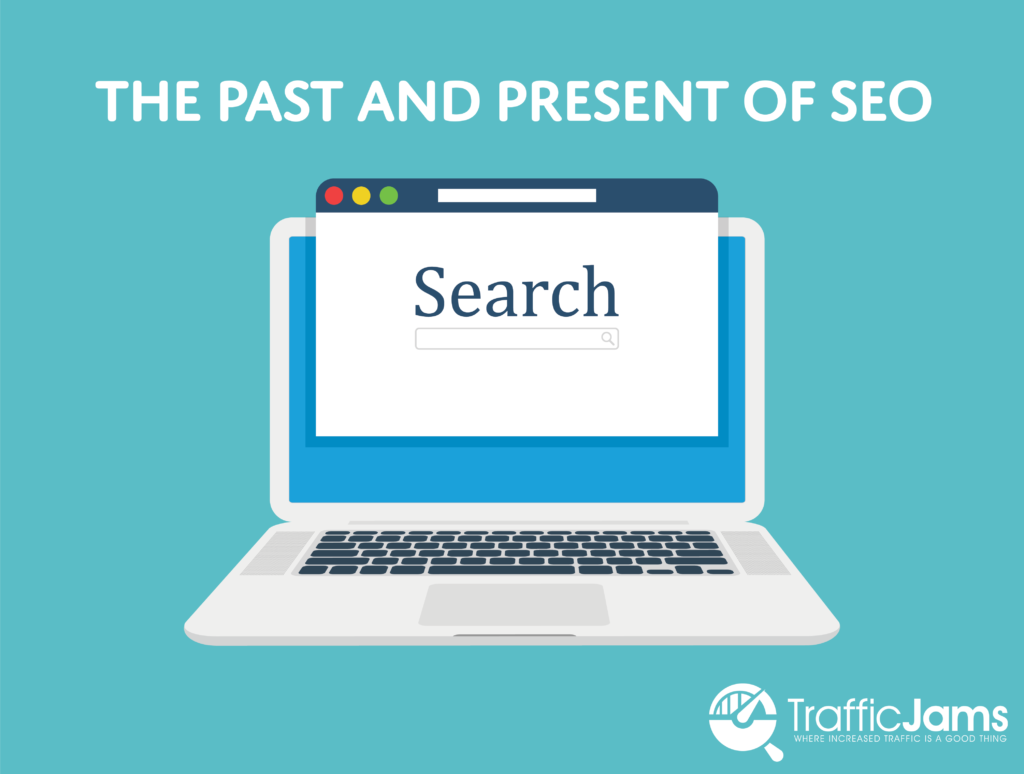 Since the inception of the Internet, there has been a need to categorize the information contained on it. For businesses, search engine optimization (SEO) serves as the link between this information and the users searching for it. The main purpose of SEO is simple – to optimize a web page so that users can find it. But over time, the methods of achieving this have changed. Read more to learn about some key differences that have occurred in SEO strategy over time.

Google has long identified as a steward of the user, attempting to sort information as effectively and fairly as possible. As such, the algorithm used to rank pages has changed drastically in the 20+ years since Google’s founding. Search Engine Land outlines a list of SEO tactics that were once considered best practices but have since become obsolete and even harmful to an effective SEO strategy.

One such example is exact-match domains, in which a URL contains the exact query a user is expected to search for. Due to changes in the way that Google ranks its sites, exact-match domains now have a higher potential to be flagged for spam. As such, it’s best to avoid them in a modern SEO strategy.

Keyword stuffing, which refers to overloading keywords a webpage’s code and body text, was once a common practice. Earlier iterations of Google’s algorithm favored sites with high keyword density, but this quickly changed when this webmasters abused this practice, giving spammy sites an unfair advantage. Webmasters should also avoid keyword stuffing.

Google’s algorithm is continually changing and evolving to best suit users’ needs, allowing for relevant and authoritative pages to rank higher than those who use artificial and deceptive SEO techniques. These methods, called black hat SEO, often rely on techniques that are frowned upon by Google and other search engines.

In the early days of the Internet, these black hat techniques were able to run without penalty. As time went on, search engines began to penalize these black hat SEO methods, opting for a more organic ranking system that prioritizes authority and relevancy. Now, companies must focus on engaging content rather than arbitrary methods like keyword stuffing and backlink purchasing.

Over time, security has become another important factor to search results. In 2014, Google updated its algorithm to help prioritize security. This update included HTTPS as a ranking signal, meaning that Google and other search engines now give ranking priority to sites that offer users higher levels of security. As privacy and security online continue to be important factors for users, we can expect to see trends grow in these areas. Webmasters implement algorithm changes in order to maintain and grow rank, influencing the future of the Internet.

Earlier this year, Google implemented mobile-first indexing. With the rise of smartphones, users are spending more and more time using search engines on mobile platforms. Because of this, Google has chosen to prioritize mobile-optimized sites when indexing rather than those with desktop-only sites.

Google’s shift to mobile-first indexing indicates a turn in consumer activity from desktop to mobile and acts as a statement to webmasters – optimize for mobile or suffer the consequences. Looking ahead, trends show that mobile will continue to dominate over desktop and be favored on search.

Any business interested in having an online presence should consider an SEO strategy to create recognition and authority. SEO, however, has grown and evolved over time to include a number of new factors, new and old. Staying on top of current trends and developments can help create a measurable difference for a company online.

If you’re struggling to reach users through search, our team at Traffic Jams can help. Call us at (855)-599-3999, or email sales@trafficjams.com.